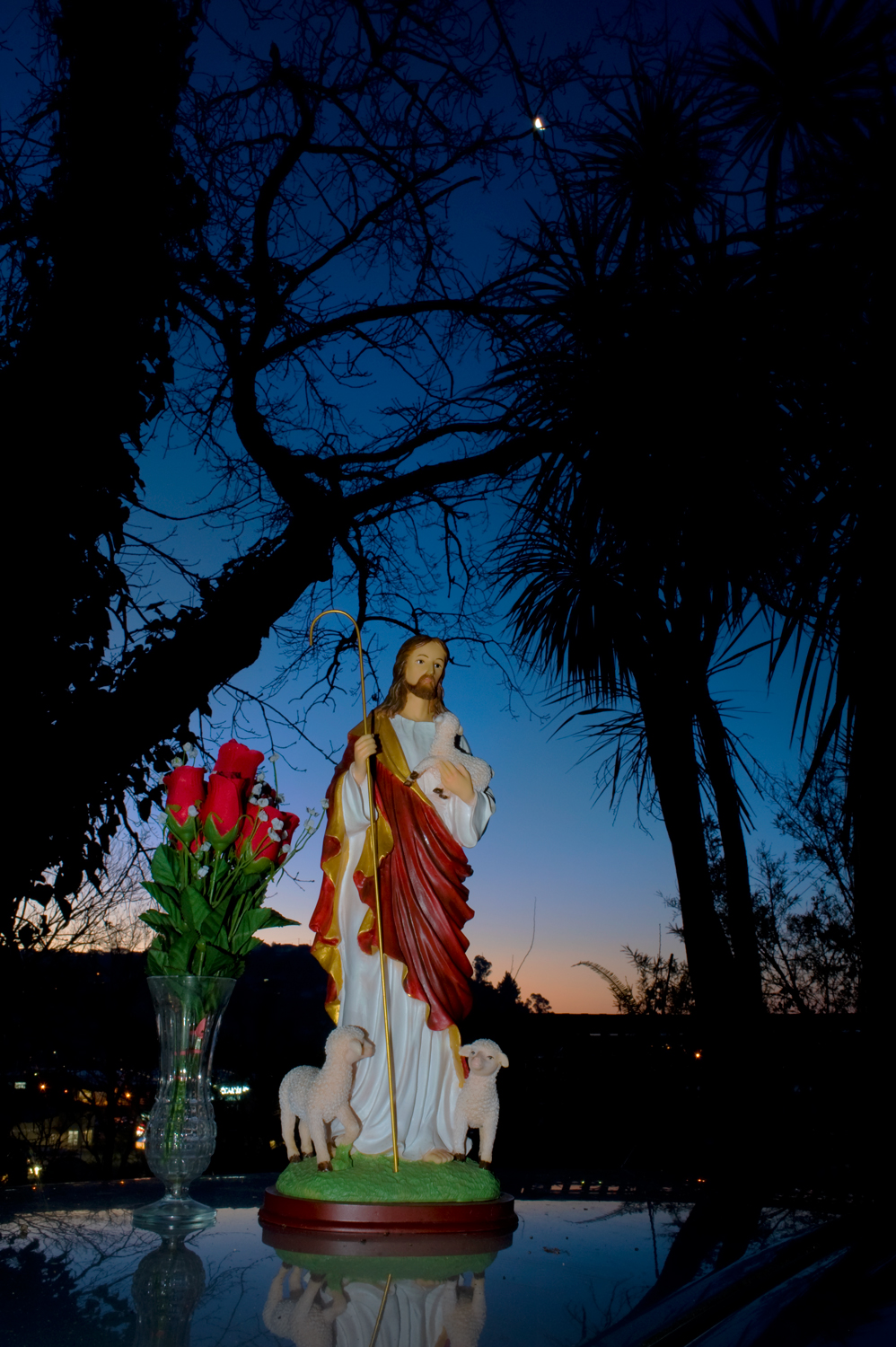 How I love the crescent moon. The new moon is a real waif, and only visible for a short time on the twilit horizon, before it too sinks below sight. Then night after night the crescent moon fattens, spending longer in the western sky – each night the moon rises about an hour later, so sets later too. Twilight is the best time to get the crescent moon; later the sky is so dark that the unlit part of the moon will also show up, stealing your crescent.

In this wide angle view, the moon is reduced to a tiny cameo. Not wanting to participate in rush hour traffic, I stayed home and set this up, hard pressed to find anything else to make an interesting shot. The camera looks up to get everything in, and while I wrestled with different settings and placements, the moon kept moving (surprise surprise), in and out of view through the branches, requiring further frantic adjustments.

So I have at last put St Joseph to work, while he gathers in his lambs. They must be metaphorical, as he was a carpenter (or artisan), rather than a shepherd. We bought this likeness from a Catholic supplies shop in Bangkok in 2003. We got two Holy Virgins at the same time, in different sizes. The virgins have seen more limelight over the years, the BVM having greater recognition value. The companion piece, a vase of fake flowers, came with a house purchase we made in 2010.  It makes a handy, low maintenance prop.