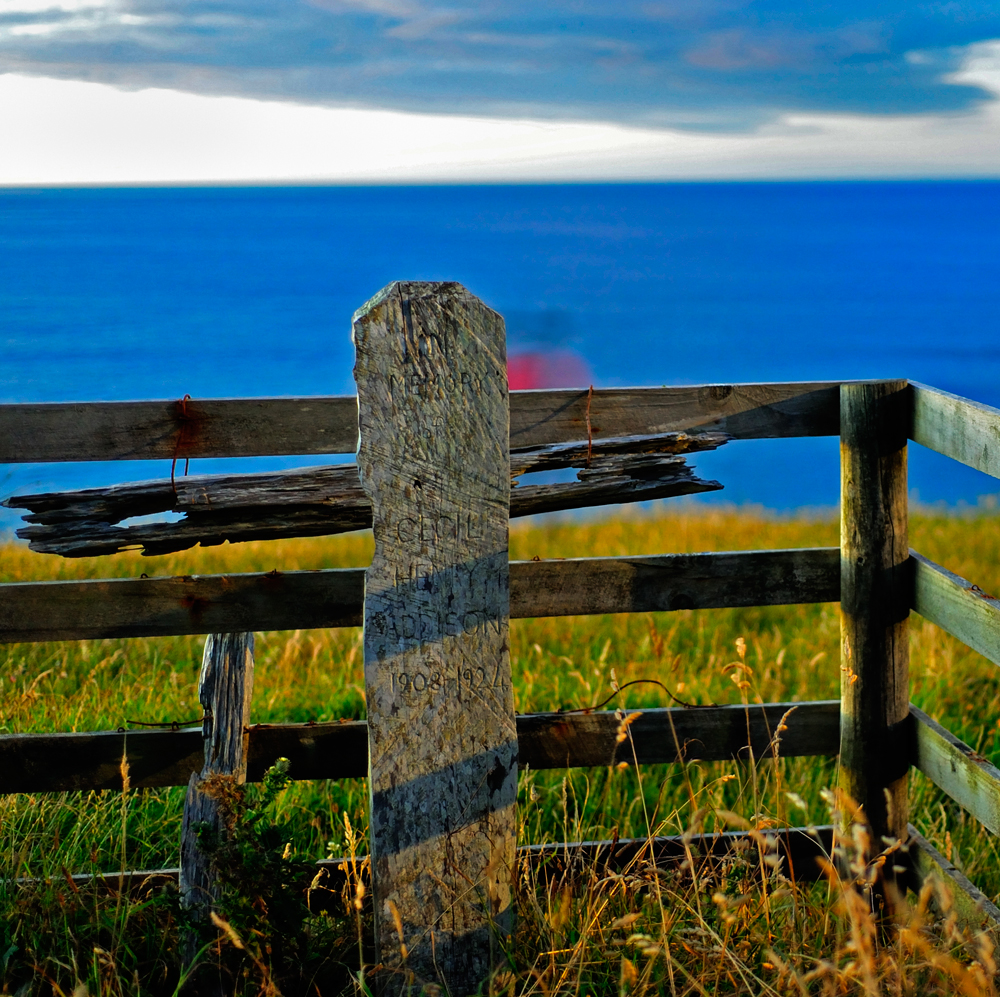 This follows my Memento Mori post of last month, and records the lonesome hilltop grave of young Cecil Addison, a Tb victim from 1924. The wooden headstone has a carved inscription; the site is protected from stock by a more recent fence. The background blur of colour is my wife Al on her way to a nearby seat bench, unaware of my long exposure.

This uncommon scene has another attribute: it shows both moonlight and twilight, in equal strength. Of course this odd balance of light must occur at some point with every moonrise,  but is hard to notice at the time. The rising moon casts no shadows until twilight has dimmed deeply enough for them to show. Moonlight is a feeble 2 watts, so all other light (such as twilight, street lights) outshines it. Each full moon when I am out with my camera I tell myself I must be on the watch for this intriguing moment of light balance, but even so,  it usually eludes me!

« Afternoon On the Beach at Anatori
Kaihoka Lake in Infra Red, Golden Bay »