Roadside View: From the Lindis Highway 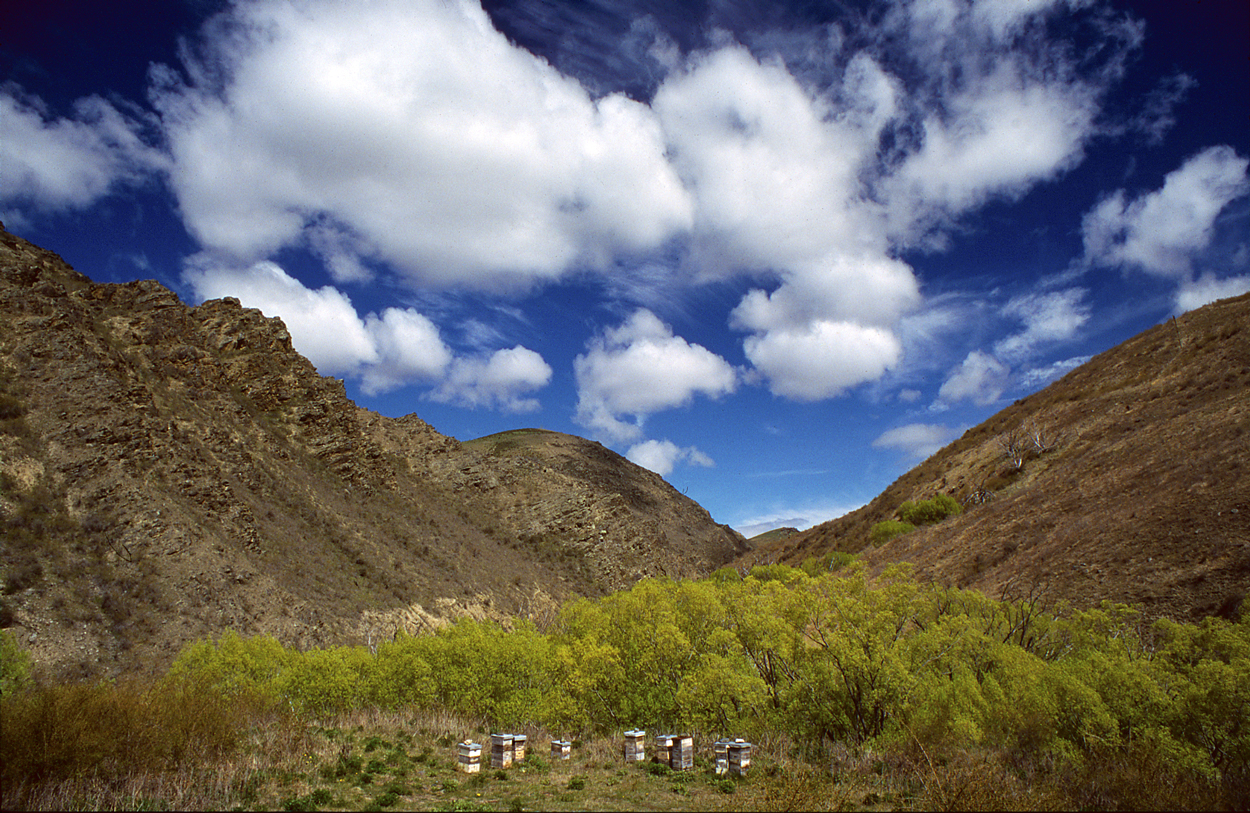 The view west from the sharpest corner on the Lindis Pass-Tarras road, heading north from Wanaka. I had driven to Central Otago to meet up with a Wellington friend, thinking that Spring would follow me south. It didn’t, and a biting southerly blew for some days. When it relented some beautiful weather followed, but here I was back on the road for home, and on the safe side of it. I parked a good distance from the corner and walked back for this striking scene, which I had noted on the way down.

The modest Lindis River flows below the new-leaf willows. The beehives were an unexpected touch and in composition terms they could be called “third level” – detail which adds interest to an image, but which is not always seen at first glance. The clouds are emphasised by a polarising filter, but the high contrast is also inherent in Fujichrome, the film used here. This well saturated slide film (all “chromes” were slide films) reigned supreme from the late 1980s. Slides from the 1970s and early ’80s now seem dull, colour-wise, when compared with later films, which were contrastier and more saturated.

This arid scene is typical of the Central Otago, although the compressed topography is not quite so. The geology is schist and the climate dry and continental. Not far north from here, Otago turns into Canterbury, another distinctive and more angular landscape, based on greywacke.