Round Rock and the Sugarloaf 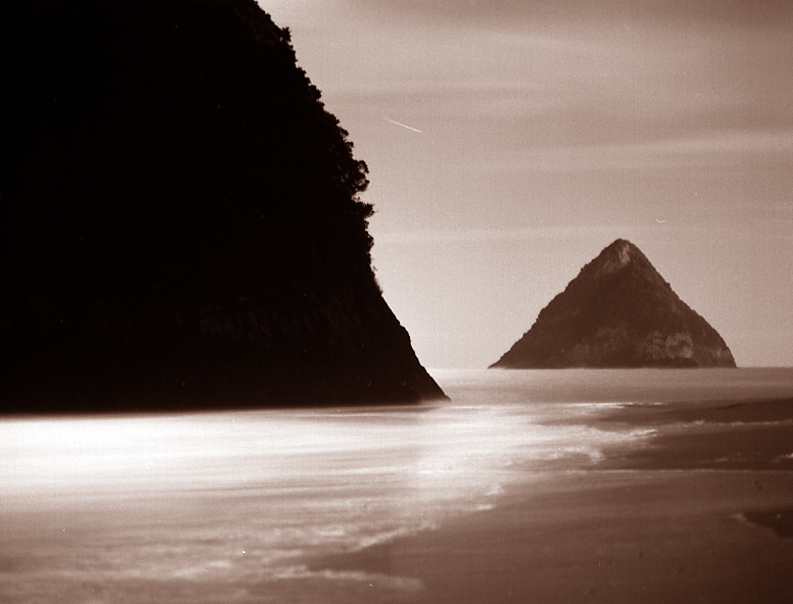 Another long exposure by moonlight, for which I certainly recall sheltering the tripod from a cold southwesterly, blowing strongly from behind. It meant I had the beach to myself, but airborne sand was a risk. The moon being a waxing one rather than full, it was much higher in the sky (and further west) for the time of night.  Round Rock (Mataora) is semi-tidal, and the Sugarloaf is now known as Moturoa (= long island) but this is also the name of a suburb near the port. The surf line lacks character but what I like here is the bold relief of Round Rock against the triangular feature of the Sugar Loaf (so named by Capt. James Cook in 1770), for which harbour lights provide the main illumination.