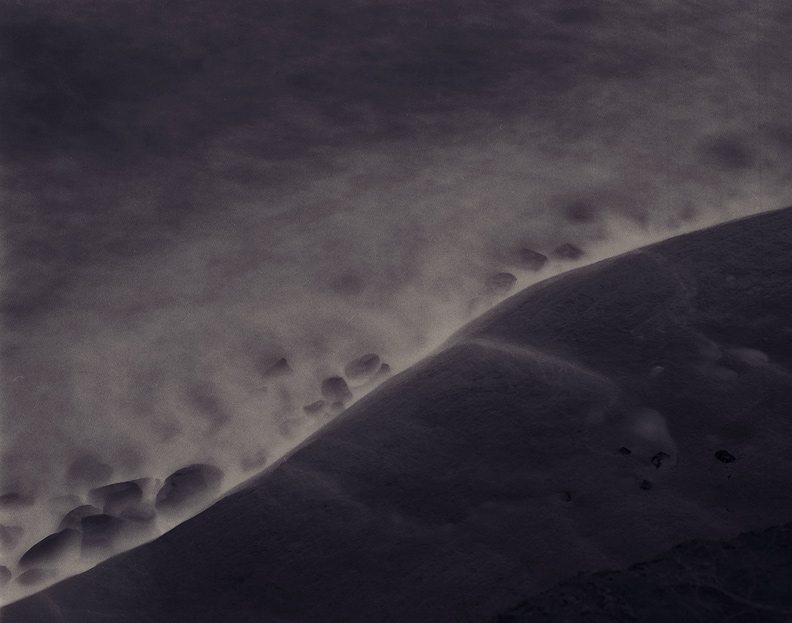 This simple, moody abstract is a long exposure in north Taranaki, further north from Turangi Rd (my previous post). The view is from a small headland, looking down on a tide-washed sill above a bouldery seabed. A small aperture (unrecorded) was used primarily to extend the exposure, rather than the depth of field, although this was probably helped too, given the limited focus inherent in a telephoto lens on a 6×7 Pentax. I had enjoyed camping here with my sisters and friends at New Year’s Eve 1980 but had not been back for 30 years. This second visit I was surprised to see the old foreshore road had disappeared completely, and much else besides. Another visit now, ten years later, would no doubt show further erosion.

This is a companion piece to my post from December 2010, of a seascape taken from the same position:

55. Twilight surf from the Waitoetoe cliffs