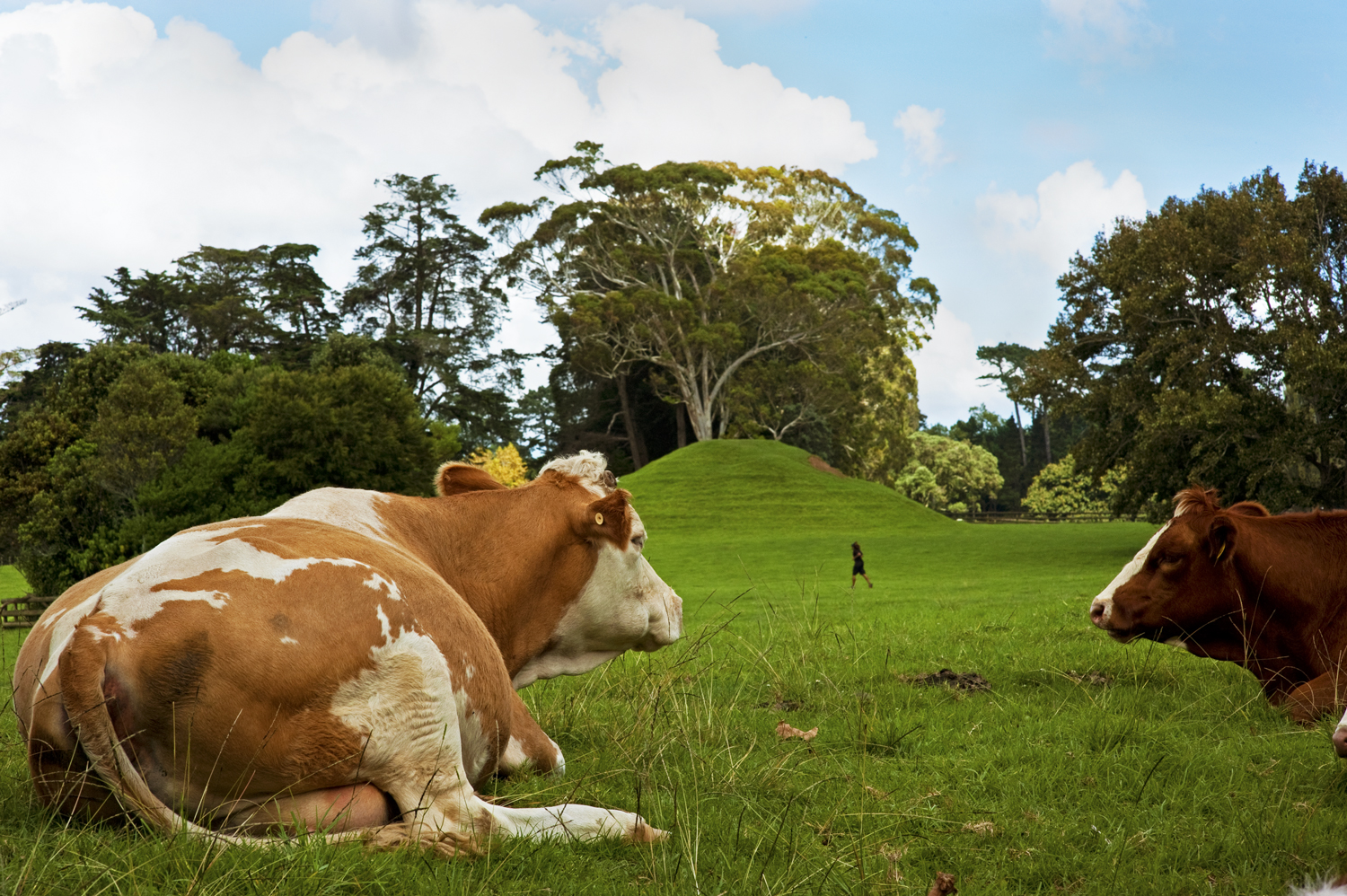 These two beasts-and-a-nose were the outliers of a contented herd, all having a lunch break to chew things over. A great gem set in the heart of Auckland, Cornwall Park is the extensive green space which surrounds the old volcanic cone of One Tree Hill / Maungakiekie.  It’s a good place to pause when you are in the city, not the least because parking is free.

The “secret” behind the shot is the ditch-and-wall which separates the public from the cattle, although for joggers and ramblers (as above) there is access at various points. As a substitute for a fence, which I can’t recall having seen elsewhere, it enables an unusual overview.  I currently have this scene as my desktop wallpaper; I believe it pretty much sums up the pastoral idyll of New Zealand life. It’s also an uncommon angle and contradicts my earlier comment about not favouring the south end of north-bound animals.

The exposure was not optimal because the light was continually changing from sun to cloud, and back again. A typical Auckland day, in other words. The background jogger isn’t blurred from a long-ish exposure but instead slightly out of focal range. Even on the smallest aperture, it’s too much to expect a telephoto lens to deliver sharpness throughout when you are this close to your subjects.