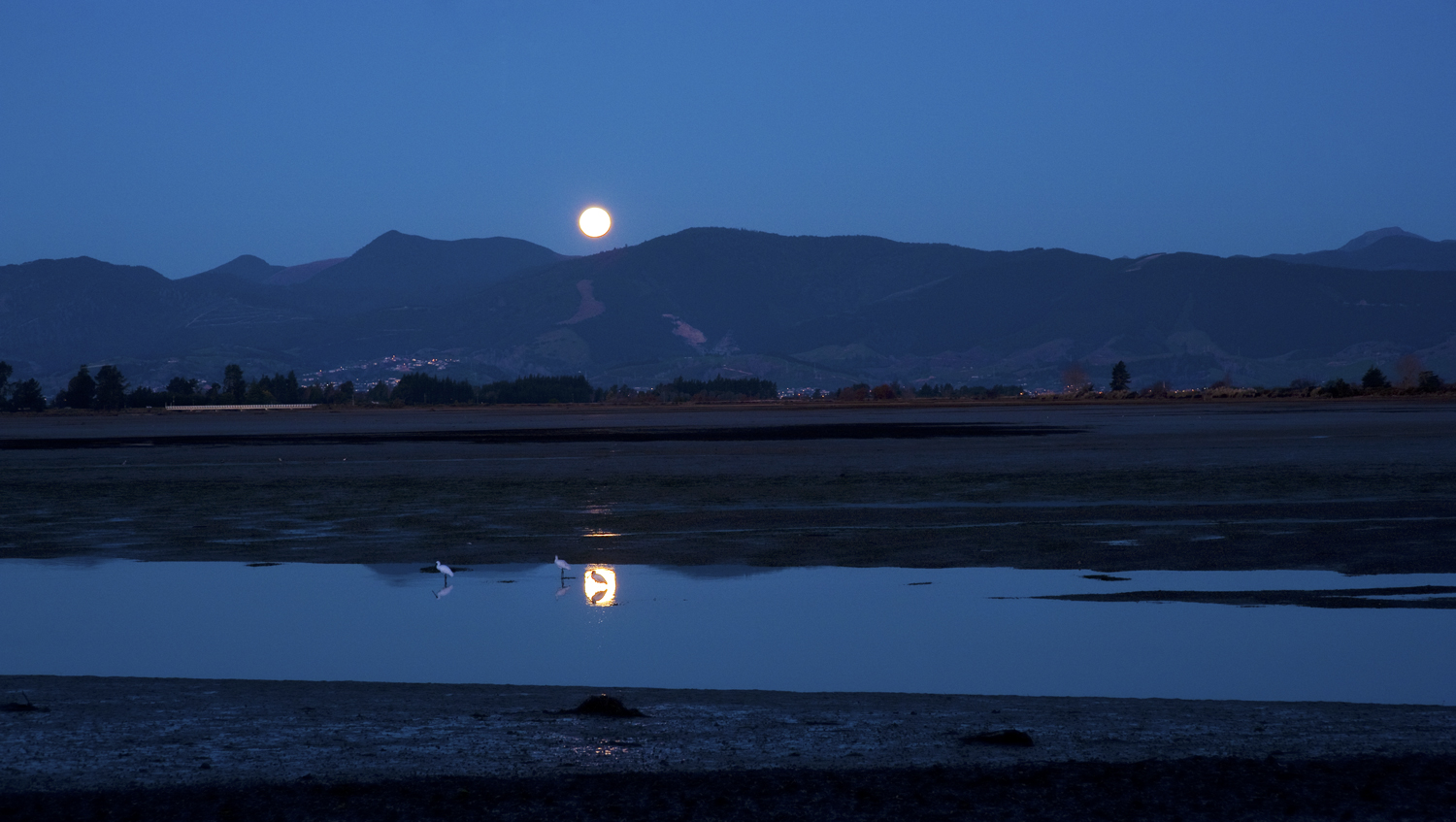 I have not seen three of these lovely birds together before, but one of them obliged me by holding its pose mid-reflection. Although this was an obvious job for a good telephoto,  my long lens was unfortunately out of commission.  A photo of this nature – a rapidly rising moon, feeding birds – usually requires any number of frames before a satisfying shot is achieved. However let’s not forget that trigger-happy fingers mean “any number of frames” all have to be carefully evaluated later on your monitor, back home.

The blue hour of twilight is strongly featured here but its effect can be dampened by changing the colour temperature setting in-camera, by drastically increasing the degrees Kelvin. The simple composition has enabled an easy crop to the laptop screen ratio of 16:9, a panoramic format more suited to a “scene for screens”. Of course it is also a good fit for this type of composition: wide horizontals with the main interest small and  central.

Kotuku to the Maori, our white heron is the “eastern great egret” to the rest of the world. Although well distributed across Asia and Australia, the egret’s only breeding site in New Zealand is at Okarito Lagoon, in South Westland. The estuary shown above is the extensive one which occupies Waimea Inlet; the bridge at left connects to Rabbit Island. This useful vantage point for any moonrise over Nelson’s eastern hills is found via the public reserve at the very end of Hoddy Rd – a narrow, oddly curvy road still waiting to be discovered by movie location scouts.