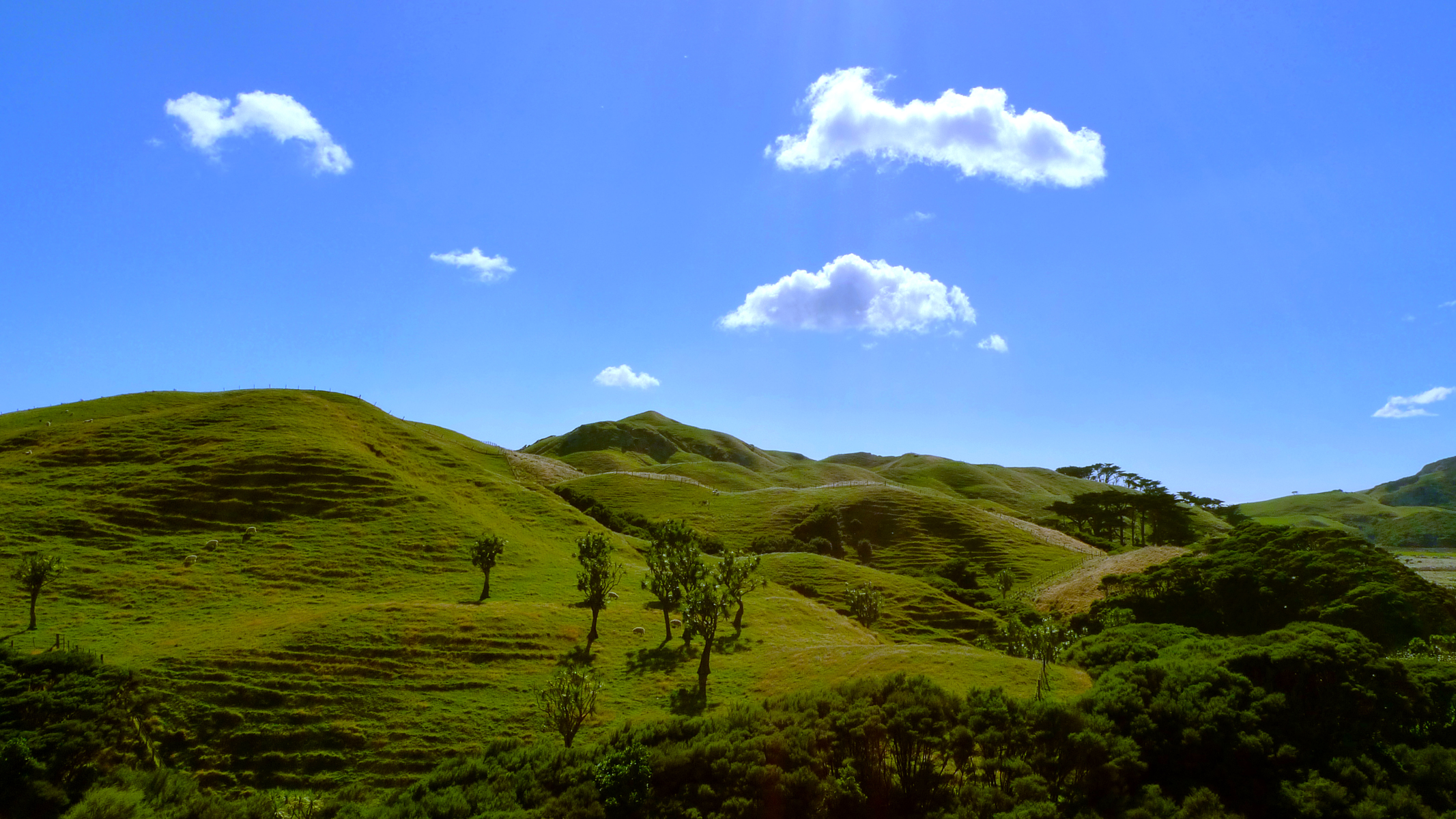 An idyll of sheep grazing peacefully by a grove of cabbage trees (ti kouka), on old dunelands behind Wharariki Beach, in Nelson. This is a wider version of the image appearing as FEBRUARY in my Modest Epiphanies 2019 calendar. It was taken on the foot track to the beach – in New Zealand the grandeur of the beach matches its relative accessibility. The grandest beaches require a walk from the carpark, although this is never a great distance (Whatipu on the Auckland west coast is another example).

It’s a late-summery photo, taken around mid day and looking straight into the sun. I believe the lens was shielded from direct rays by getting someone to shade it with a hand, but there is still a slight flare above one cloud. The scene is warmer and more saturated than the native record, of course, thanks to artistic licence in post-processing. However in my taking this as a jpeg (rather than in RAW) my post-pro options have been more limited.

With the Lumix LX3 there was the luxury of being able to choose the format ratio before taking the photo, with three options: 2:3 [the 35mm standard]; 3:4 and the panoramic 16×9 [as above]. This last ratio fits a typical laptop screen and so lends itself well to wallpaper / screensaver applications.  And in fact, this very frame was my own wallpaper for a lengthy period.